Our fantastic boathouse, newly refurbished at a cost of £1.3m, was opened by Sir Steve Redgrave in September 2016.
http://www.hackneycitizen.co.uk/2016/09/15/sir-steve-redgrave-launches-lea-rowing-club-boathouse/

Thanks to generous funding we doubled the space we previously had. We have always enjoyed a beautiful location, but it is now enhanced with a redesigned bar and large balcony all overlooking the River Lea. The Lea Rowing Club is an exceptionally busy club, one of the largest by number in the country. As a charity we run busy schools and outreach programmes, have a large and successful junior section, lively recreational, masters and veterans rowing groups as well as athletes competing at the highest levels. Our junior members regularly represent GB, there have been recent Henley wins for our elite women and our men reached the semi-finals at Henley in 2019.

A full alcohol and entertainment license allows us to offer our facility as a local community asset and we delight in welcoming the public to our ever more popular Sunday lunch, see roasts n’ records section.

Working with Shock and Marvell we also promote a variety of excellent local musicians with gigs every Friday night. Check out the schedule under the Live at the Lea section.

As a weddings venue we offer first class service including our all-inclusive packages with Luminosa and three spaces which, in combination, offer the flexibility needed to suit most sized weddings up to 230 guests. All three spaces are licensed to hold ceremonies. 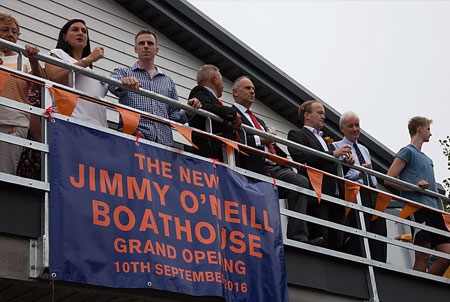 Lea Rowing Club was founded in 1980 by the members of five rowing clubs then active on the Springhill site. Crowland, City Orient, Gladstone Warwick, and Britania rowing clubs merged with the only club for women, Stuart Ladies, pooling their resources to create an open club for all ages, continuing a tradition of rowing on the Lea that can be traced back for almost two hundred years.

Ever since the river was “canalled” in the 1780’s to improve London trade with Hertfordshire and Essex, rowing boats plied its length. When leisure time and public transport combined in the 1820’s to open East London’s only water park, nothing could stop the growth of rowing as a sport. Where the river was accessible by road, docks were built at Springhill and above and below today’s Lea Bridge. Boatyards were established and by the 1840’s derived most of their trade from pleasure boats, attracting new boat builders and hirers to the area.

Today’s Springhill boathouse site would have been recognisable in the 1850’s when an entrepreneur called John Verdon built his boathouse next door to converted farm cottages that now make up the café and club accommodation. Successive generations built, sold and hired boats from the site and eventually passed over the business in 1903 to Jacob Tyrrell whose name remains associated with the listed building. Then, at the same time as the Lea Valley Regional Park was established, the rowing clubs present, including the five Lea R.C. founders, took over the site on a lease from Hackney Borough Council. 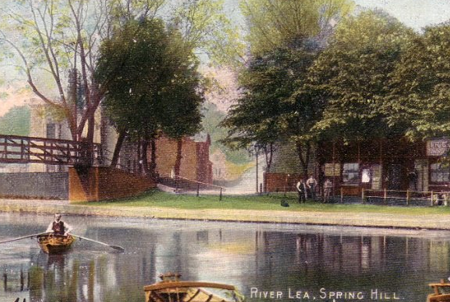